By now you’ve probably tried our Stonefire® Naan Dippers® with your favorite dips and spreads. Maybe even to make tiny pizzas or appetizers. One of our favorite things about our Naan Dippers® is the versatility. These soft, pillowy bite sized naan can go from savory to sweet with just a few ingredients. We also love the fact that you can decide for yourself exactly how many of these little treats you want to make and refrigerate the rest of the Naan Dippers® for another time!

Want to try Stonefire® at home? To help you get started, here’s a $1 off savings on any Stonefire® product! Sweet and tangy, Blackberry, Lemon and Mascarpone Crostini Naan Dippers® can be a simple midday snack or post dinner dessert. Don’t have blackberries on hand? Substitute any berry of your choice! Pillowy and tender, our bite sized Naan Dippers® fried golden brown in butter will bring this southern classic right to your kitchen. They might look like they’re meant for dessert, but they’re traditionally served as a breakfast item so feel free to whip these up at any time of day! This has been one of our most popular recipes ever! Pan fried and dusted with cinnamon sugar, this simple and versatile dessert recipe is sure to please everyone at your table. 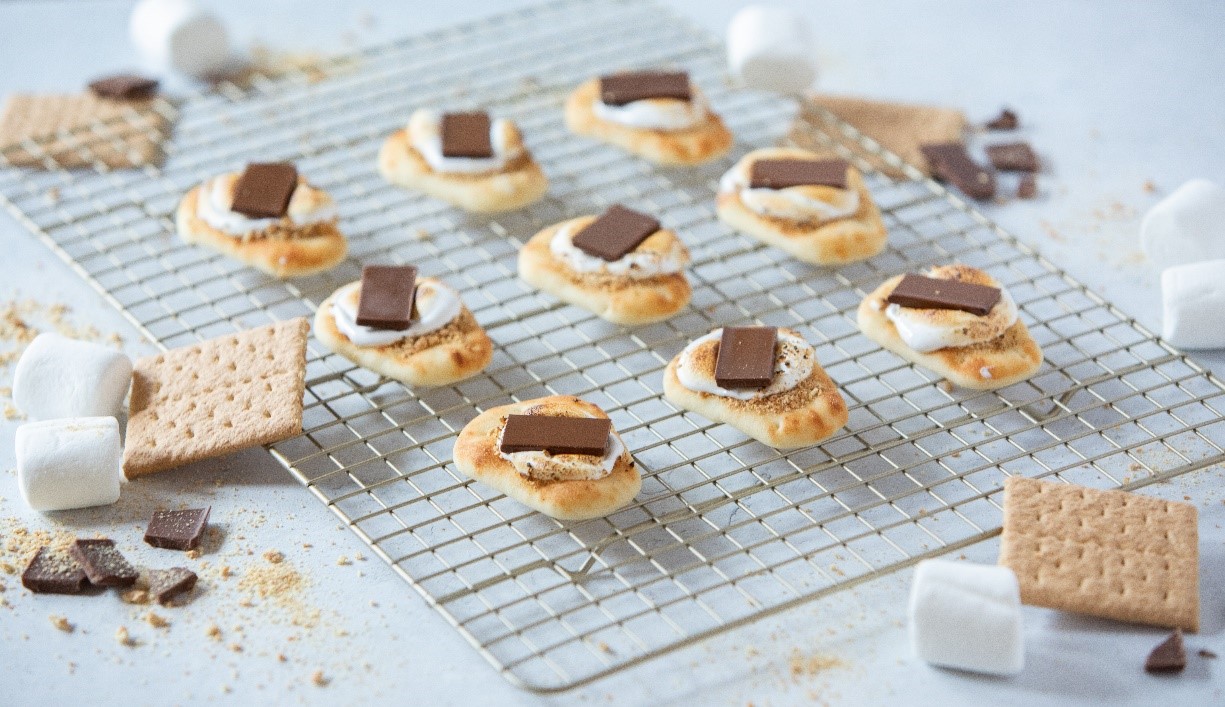 S’mores bites made with Stonefire® Naan Dippers® don’t require an open fire to make. This update to a classic summer treat can be ready in under 10 minutes using your oven. This quick and easy dessert recipe has all the sweetness and crunch to leave you wanting more!